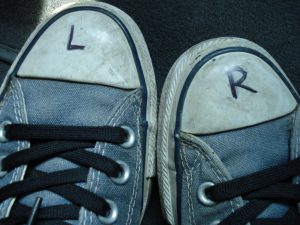 I started writing to you several times, most recently the day after the US election. Like so many women I know, I sat glued to the television, elation fading to faint hope fading to despair. Where women are concerned, it turns out, it’s not enough to be smarter, more prepared, more principled, or – let’s just say it – better in every conceivable way. But I guess we knew that already. We were hoping it wasn’t true, but we knew.

And so many people died! So many touchstones of our generation lost. It made me feel old. But then, so did the plantar fasciitis and the adhesive capsulitis, and the other itises that denote a body in middle-aged decline.

I wanted to write about all kinds of things that were happening this year – relationships and divorce and parenting teenagers in particular – but all of the issues I wanted to tell you about were private, not just to me, but to other people, and that’s one of the lines I try not to cross. And so I thought about you, but I didn’t write.

I measure out my life in to-do lists, which I keep. They end up providing an extremely granular picture of my life, from the small (‘pick up prescription’) to the large (‘finish book edits’). I leafed through my 2016 daybook this morning. And I could see that even when I was in survival mode, putting one foot in front of the other day after day after day, I was still making progress. I didn’t finish where I began. I grew.

Someone said to me recently, “You’re lucky to be such a kind person. That’s a nice way to be in the world.” And I said, “I work at it. It’s a choice.”

We don’t get to choose everything. But we choose more than we think. We choose our intentions. We choose our behaviour. We choose our priorities. And with these choices, we guide the direction of our incremental, daily steps, however heavy they may be at any given time. There is freedom in that.