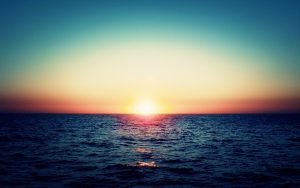 Between your travels and mine, it has been a month since you had a letter from me. It reminds me that the weekly back and forth is better, because there is too much to cover!

I loved your glam photos from Washington. Actually, I love everything about this new Canadian government. Watching the US political scene only intensifies my love of country. It is trite to say it, but entirely true: we are lucky here.

Speaking of the US, I’ve been travelling to promote my book, and was in NYC at the end of February. I was racing to catch a train to Greenwich from Grand Central Station, on my way to give a lecture at the Greenwich YWCA on the topic of midlife creativity, and it occurred to me that I was doing exactly what I had always dreamed of doing.

This gave me pause. I don’t make a lot of money, and I still have all kinds of day to day stress, and there aren’t enough hours in the day, and my editor doesn’t always give me a gold star, and I have more domestic responsibilities than I ever did, but I’m doing exactly what I’ve always dreamed of doing.

Do you remember your letter about celebrating our achievements instead of moving the goalposts with every success? I am a chronic goalpost-mover. Every new skill I master, in every period of growth, makes me hungry for a fresh adventure. I get restless. When it’s time to celebrate, I’m usually too busy working on my next project.

I often think of Tennyson’s wonderful poem Ulysses. I learned it as a teenager, and these lines still resonate for me:

I am part of all that I have met;

Yet all experience is an arch wherethrough

Forever and forever when I move.

And then I remembered a convocation address by Neil Gaiman, in which he describes the best advice he ever received and never took. It was from Stephen King, who said: “This is really great. You should enjoy it.”

But he couldn’t. He ignored the advice.

Instead, he says, he worried about it: “I worried about the next deadline, the next idea, the next story. There wasn’t a moment for the next fourteen or fifteen years that I wasn’t writing something in my head, or wondering about it. And I didn’t stop and look around and go, this is really fun. I wish I’d enjoyed it more. It’s been an amazing ride. But there were parts of the ride I missed, because I was too worried about things going wrong, about what came next, to enjoy the bit I was on. That was the hardest lesson for me, I think: to let go and enjoy the ride, because the ride takes you to some remarkable and unexpected places.”

I’m not Neil Gaiman, of course. Not even close. But that’s the point, really. You just never know. And the horizon will keep moving as you do. And you have to figure out how to enjoy the ride.