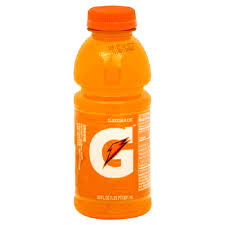 This week’s letter is serving as proof of life and not much more, I’m afraid. I’ve had a nasty flu for over a week. I thought I’d outrun it, ‘got fancy’ as my people would say, and then got slammed. So here I sit, drinking Gatorade and sipping soup and leaving only to drive my kids to and from camp (because moms don’t getting to be totally sick, as we know).

I did want to note in passing that we’ve been writing these letters for 6 months now, the halfway mark of our initial promise. And I wanted to say that I’m glad we’re doing it. It’s a nice moment of reflection for me each week in a life that doesn’t offer much of that.

Before I go back to bed, I do have one recommendation for you – take your kids to see Inside Out. Charlie and I went last week, and it’s one of the smartest films I’ve seen in ages. It’s also the first one that has actually assisted me in my parenting. It’s given me a common vocabulary to talk about feelings with a kid who, well, hates talking about his feelings. And it gave me a lovely visual image to explain how happy memories of the past become tinged, permanently, with other emotions in the aftermath of a marriage breakdown. All of that from Pixar!

Thanks for letting me mail this one in, so to speak.