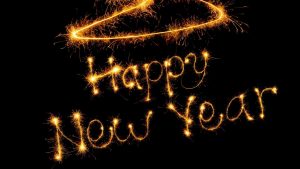 I’ve just come in from shovelling the slush after the first winter storm in my new house. It took me about 45 minutes, and I am overjoyed.

Why? Because last year, living alone in my former matrimonial home, I had an incredibly long driveway, and nowhere to put the snow, and a series of colossal storms, and I found myself, on two occasions, physically incapable of clearing the snow in time to get my kids to school, even for part of the day. It was one of the very few times over the past twelve months when I felt completely helpless.

I was remembering that feeling as I cleared the walkway today, and I experienced a corresponding joy: the knowledge that a memory has lost its power to hurt you, because you have moved past the pain that gripped you in that moment.

I’ve had a few of these joyous realizations lately, the most profound from an unexpected source. Facebook, as you may know, generates a year-in-review montage for its users, providing a kind of highlight reel of life. I love this sort of thing, so I clicked eagerly on the link. And what I discovered, which will come as no surprise to you, or to anyone who follows the Pen Pal Project, is this: 2015 was a big year. Here’s a snapshot:

January: I ring in the New Year crying at a Mexican resort, where I have gone, by myself, to reflect on my recent separation, and a devastating first Christmas as a broken family. My nephew, Sam, is born. I don’t write a word.

February: We launch the Pen Pal Project. It is the only writing I feel capable of doing, but it gets me back into the habit.

March: My entire family (10 Hiltons, aged 7 weeks to 70) goes to Orlando, so that my kids can have a memorable March Break. I buy a new house.

April: I negotiate my separation agreement and sell my old house. I wonder if I will ever write anything except Pen Pal letters ever again.

May: I take my kids to New York for my son’s 12th birthday. It is the first time I have travelled alone with them. It is fabulous, and a major turning point for me.   I meet my NY editor and ask for an extension on my book. She graciously agrees.

June: I move. I love my new house. I set up my office and vow to get back to business as soon as the handymen leave.

July: I start writing on a serious schedule: one chapter every week with no exceptions. I do this for the next five months, with almost no exceptions.

August: I spend time at the family cottage with my kids and my parents. I plan some chapters for my new book, set at a family cottage.

September: I meet with a matchmaker. She tells me that I need to go online. I am completely freaked out by this idea. Anyway, I’m too busy writing.

November: I start dating. I get my first U.S. review for The Hole in the Middle, and it is really good. I bawl my eyes out.

December: My first copy of the U.S. edition of The Hole in the Middle arrives in the mail. It is beautiful. I finish the first draft of my second novel, Just Like Family. My agent, my editor, and my trusted beta readers love it.

The other night, I had dinner with a new friend (a product of my online dating experiment), and told him about my highlight reel. “What an amazing year,” he said.

In December, though, I smiled. And I said: “Yes. It really was.”

4 Responses to “Out with the old, in with the new”