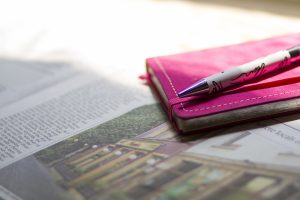 I didn’t set out to become an indie writer.  I’m not a particularly ‘indie’ person.  Although you can probably tell that by the way I just put ‘indie’ in quotation marks.

For the most part, I’ve led a fairly mainstream life.  With the exception of some angst-fuelled years as an English Lit major, this has suited me.  My CV impresses people.  I have a couple of good degrees, professional qualifications and a title that looks fancy on a business card.  I have the best marriage I know of, and some lovely kids. I am proud of these things.

I was therefore extremely surprised when I had a midlife crisis.

It hit with a vengeance right around my thirty-eighth birthday.  I didn’t see it coming.  I’d noticed that some of my girlfriends – notably the ones edging into their forties – seemed angrier than usual.  They were taking on self-improvement projects, such as straightening their teeth and training for marathons and getting therapists.

None of these projects were on my bucket list.  I suffered through many teenage years of hideous orthodontics.  I almost pass out if I run for the bus.  I have an innate suspicion of any stranger who wants to talk about my feelings.  One day, however, leaving coffee with yet another friend high on the power of midlife transformation, I wondered silently if I harbored any such goals.  You want to write a book, my inner voice screamed.  It screamed.  It stopped me dead.  I could not have been more surprised.

Despite my general pragmatism, I am a big believer in the inner voice.  Undoubtedly, I read Gloria Steinem’s Revolution from Within at an impressionable age.  Which, if you were not in a Women’s Studies program in the early nineties and somehow missed it, ends on the following note:

We are so many selves.  It’s not just the long-ago child within us who needs tenderness and inclusion, but the person we were last year, wanted to be yesterday, tried to become in one job or in one winter, in one love affair or in one house where even now, we can close our eyes and smell the rooms.  What brings these ever-shifting selves of infinite reactions and returnings is this: There is always one true inner voice.  Trust it.

My own inner voice is very selective.  It rarely makes an appearance.  When it does, I am generally on the precipice of an extremely bad decision (like the time I nearly moved in with someone who didn’t understand the difference between a cathedral ceiling and an attic) or a major life change (like the time I chose law school over grad school, or the moment when a friend became my future husband).  I consider its advice to be infallible.  To say I was shocked to hear it weigh in on the book issue would be an understatement.  I took it seriously.

I started scribbling ideas in a little pink notebook that I carried around in my purse.  I filled it.  I ripped out an old kitchen in my house and turned it into an office.  I asked for a used laptop for Christmas.  My very nice husband gave me a new one.  I got a babysitter to come on Sunday afternoons and I started writing for three hours a week.  I wrote on the subway.  I wrote after the kids went to bed.  I wrote on vacation.

I produced a first draft, and gave it to a few trusted friends to read.  They told me to keep going.  I produced a second draft and gave it to more friends to read.  They told me that they dreamed about my book, that it made them laugh and that they forced their dinner guests to listen to passages from it.  I started working four days a week so that I could write on Fridays instead of Sundays.

And the whole time, I was absolutely terrified.  An alternate version of my self – one that I had abandoned years ago in the long march toward sensible adulthood – was waking up, and it was taking charge.