It is odd, how often I get asked as a writer 1) if I listen to music when I write; and 2) what it is that I listen to. Why this the big question, as opposed to what I eat for lunch, or whether I exercise, or have pets or kids, or any other of the things that define my life, is a bit of a mystery to me.

There is an answer though, so here it is: I don’t listen to music when I’m writing, usually. It distracts me. But when I’m in the middle of a book, I listen to the same songs over and over and over again during most of the hours that I’m not either at my desk or sleeping. And so my books have soundtracks. By the time I’m finished a book, I don’t usually want to listen to any of those songs again. But it occurred to me that you might.

1. I Wanna Dance With Somebody, Whitney Houston

In Chapter Two, we meet Avery and her best friends as girls, spending the summer together at the cottage. It’s 1987. Picture them playing a Whitney Houston tape until it shreds while they put Sun-In in their hair.

This is my favourite song ever about hating your job. Also, just as I finished the final edit, I took a trip to Nashville and was struck again by what an amazing talent Dolly Parton is. You don’t have to agree with me, but if you don’t, it’s probably because you haven’t listened to this song lately.

Matt’s proposal throws Avery into a state of incredible anxiety, and this song captures her reaction perfectly. “This flood/This flood is slowly rising up/Swallowing the ground/Beneath my feet/Tell me how anybody thinks/Under this condition/So I’ll swim I’ll swim/As the water rises up.”

Home for Ethan and Tara’s wedding in 1998, Avery mopes in the basement listening to Alanis Morissette’s Jagged Little Pill. This album occupies some significant real estate in the soundtrack of my life, and this is one song I still love, after all these years.

This song is part of Avery’s café playlist during her MFA years. I like to think of her listening to alt pop when she’s out of the house and acting her own age. And while I won’t argue that shared taste in music is essential to the success of a relationship, divergent taste can point to larger gaps of understanding, and this is surely the case with Avery and Hugh. Hugh is more of a Leonard Cohen man, I think (see below).

This is such a gorgeous song. It reminds me of Hugh, who tries to hang on to Avery but can’t. And it captures what I think of as Hugh’s musical taste. Not to mention the fact that Leonard Cohen died while I was putting the finishing touches on the book, so it belongs here. “And you, who were bewildered by her leaving/Whose code was broken, crucifix uncrossed/Say goodbye to Alexandra leaving/Then say goodbye to Alexandra lost.”

This is a recent tune, but for me it captures Matt’s mood during the New York years, while he tries to figure out his feelings for Avery, and her feelings for Hugh: “I don’t think you’re right for him./Look at what it might have been if you/took a bus to China Town./I’d be standing on Canal/and Bowery./And she’d be standing next to me.”

Look, nobody actually knows what this song means. But I listened to it all the time while writing this book, and to me it somehow expresses all the inexplicable devotion at the heart of love. Why does Avery give so much of her life over to Peter? Only love can explain it: “For you I’d bleed myself dry.”

This is one of Canada’s unofficial national anthems, and is probably my favourite ode to old friends and how we love that they remind us of who we once were. And I’m sure Tara, Jenny, and Avery had it on constant replay up at the cottage.

10. Don’t Get Your Back Up, Sarah Harmer

This is such a good song about the end of a relationship, and it’s full of things that I imagine Avery thinks but never summons the nerve to say to Hugh.

11. I Have Made Mistakes, The Oh Hellos

Listen to this song towards the end of the book, particularly when Avery re-encounters Hugh.

12. The Book of Love, The Magnetic Fields

I love this modern love song. Play it at the end of the book. 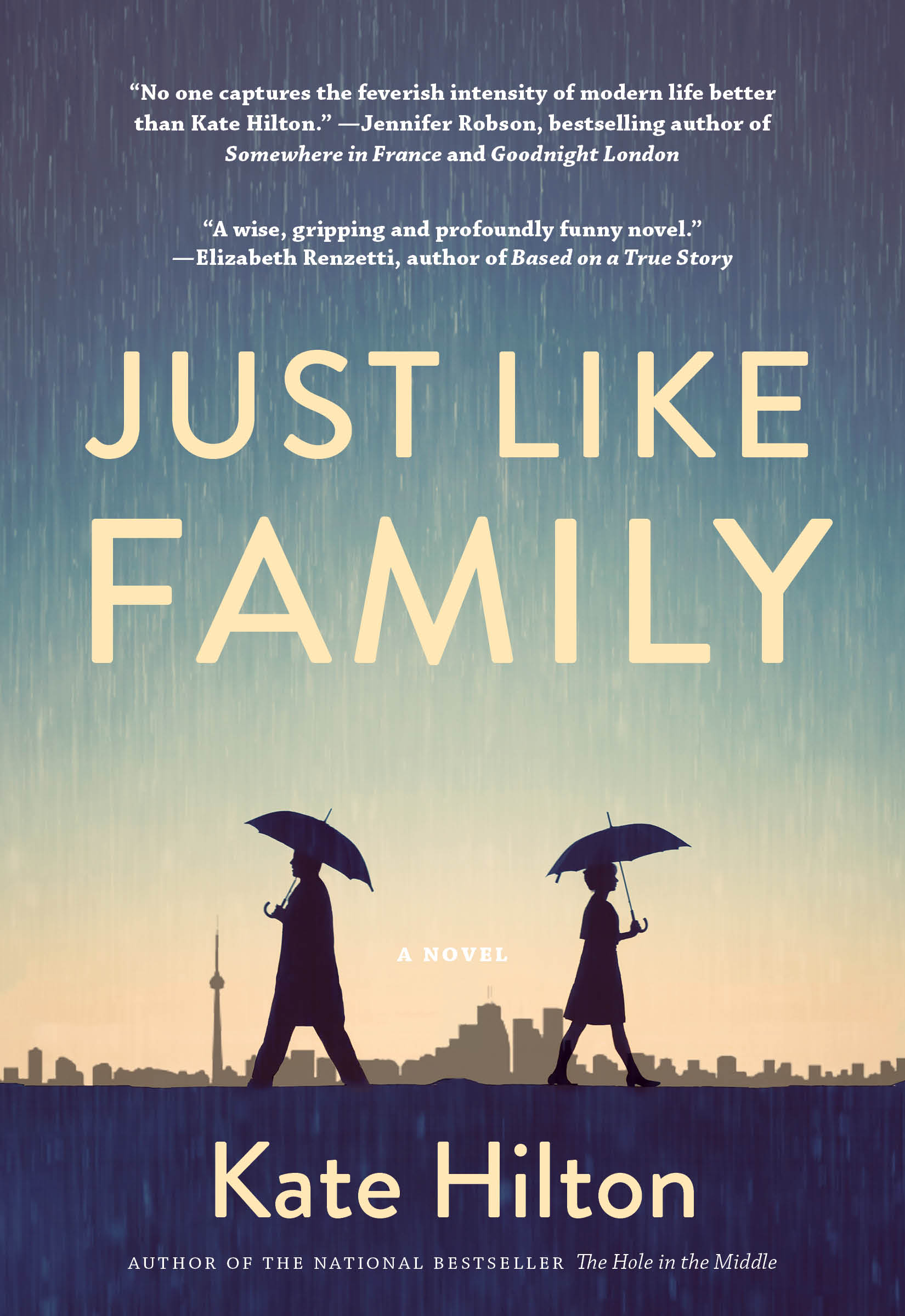